All had a blast at Kelly Raz McDonald’s 3rd birthday party. Thank Jim, Nicole and all who attended!

Many more photos and music slideshow 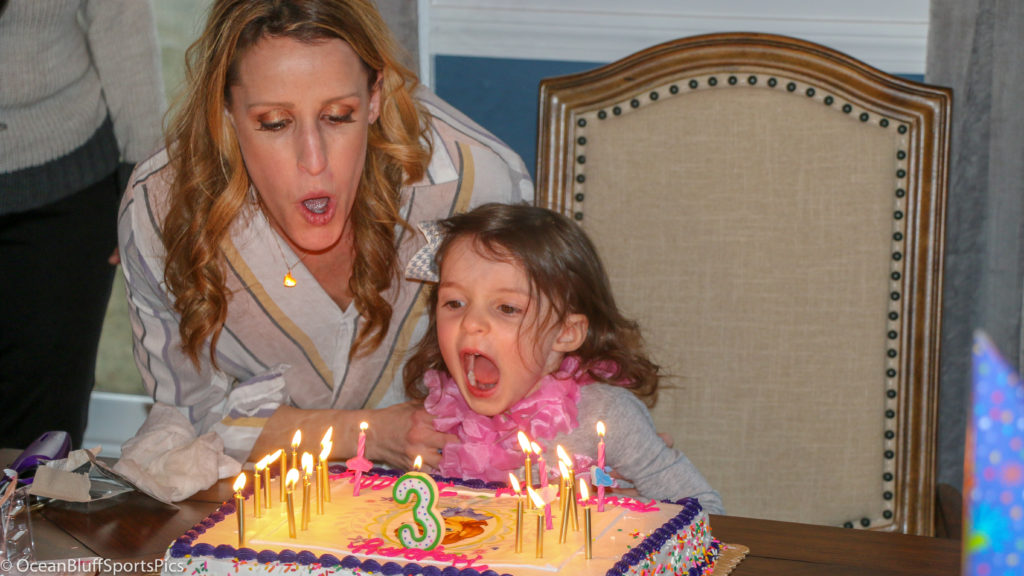 All had a blast at the Green Harbor Yacht Club 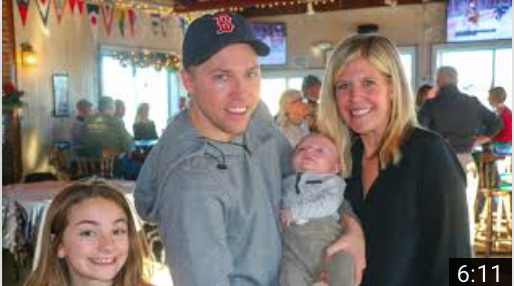 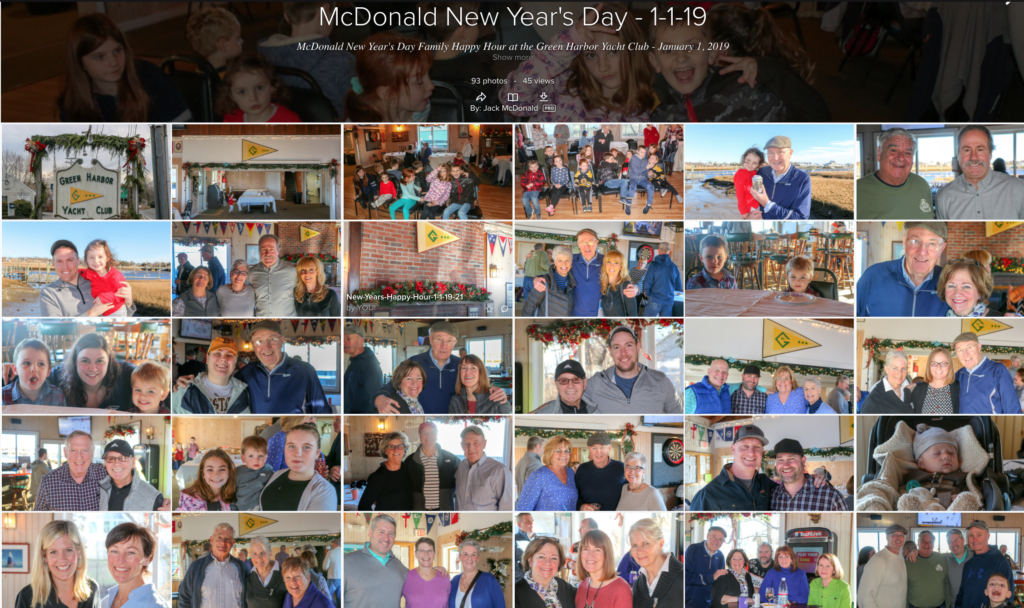 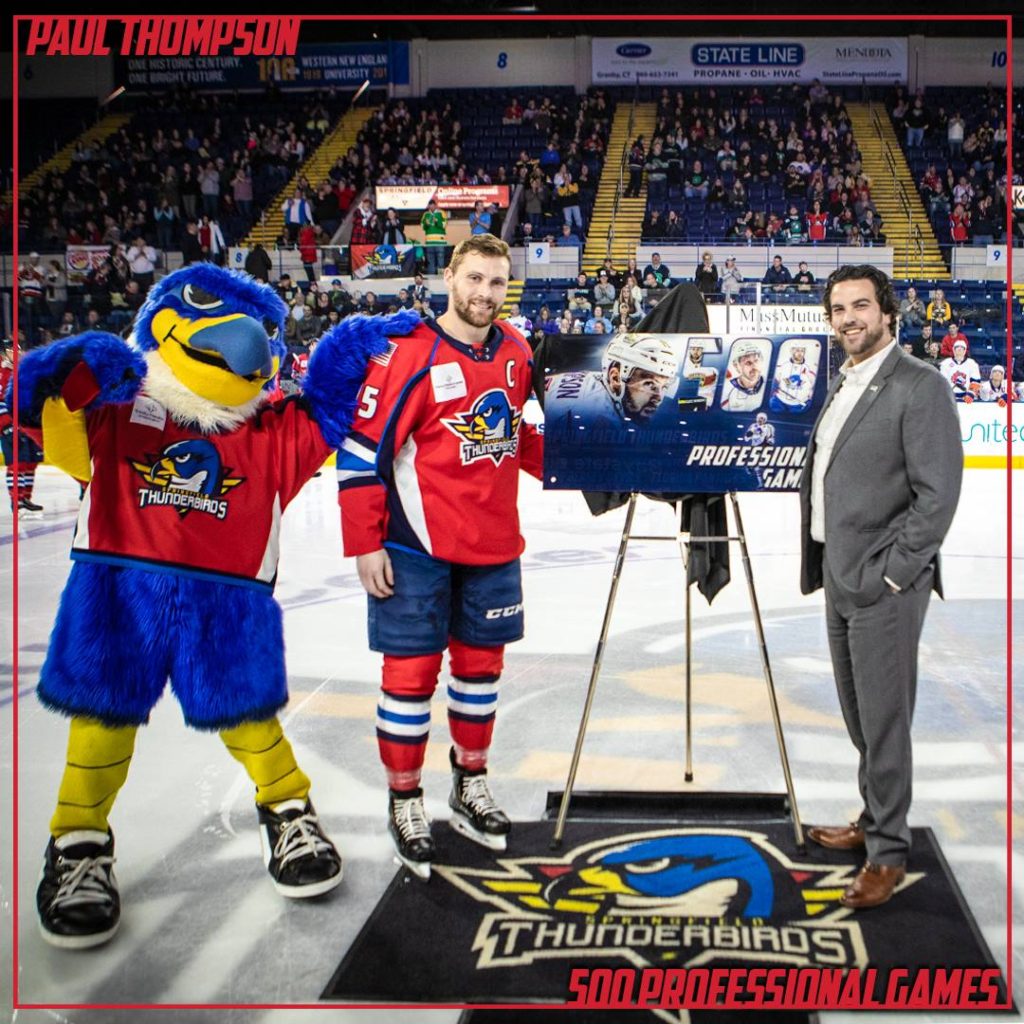 Here are some photos from many of your Family Christmas Parties and Events.

If you have any more, please send along.

Congrats to nephew Colin McDonald for being named Captain for the AHL All-Star Game. Press Release at: http://www.phantomshockey.com/colin-mcdonald-named-playing-captain-2019-ahl-star-classic/ 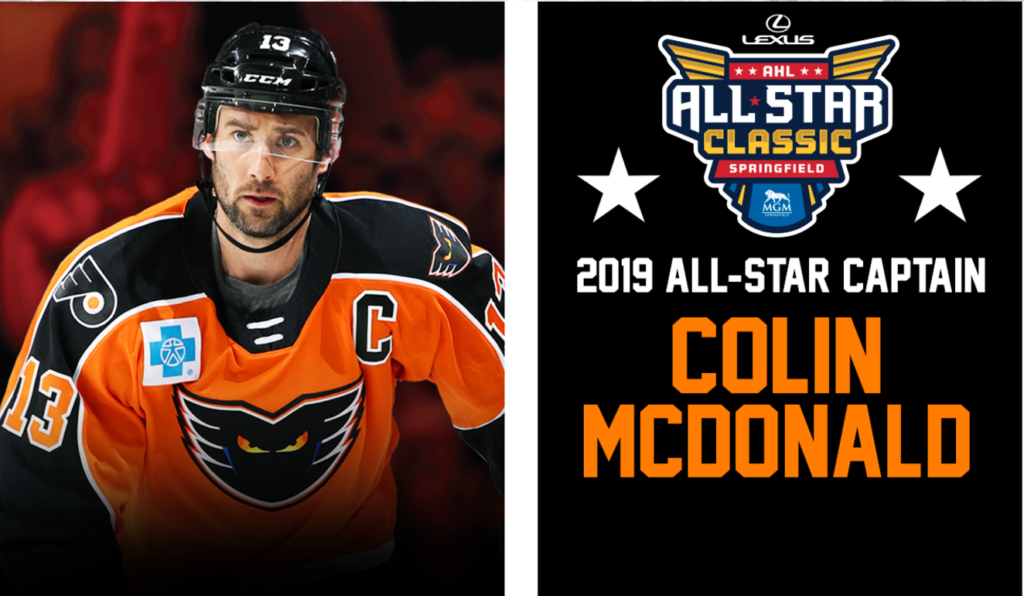 Thx Lexi for the news of Colin’s HUGE Milestone 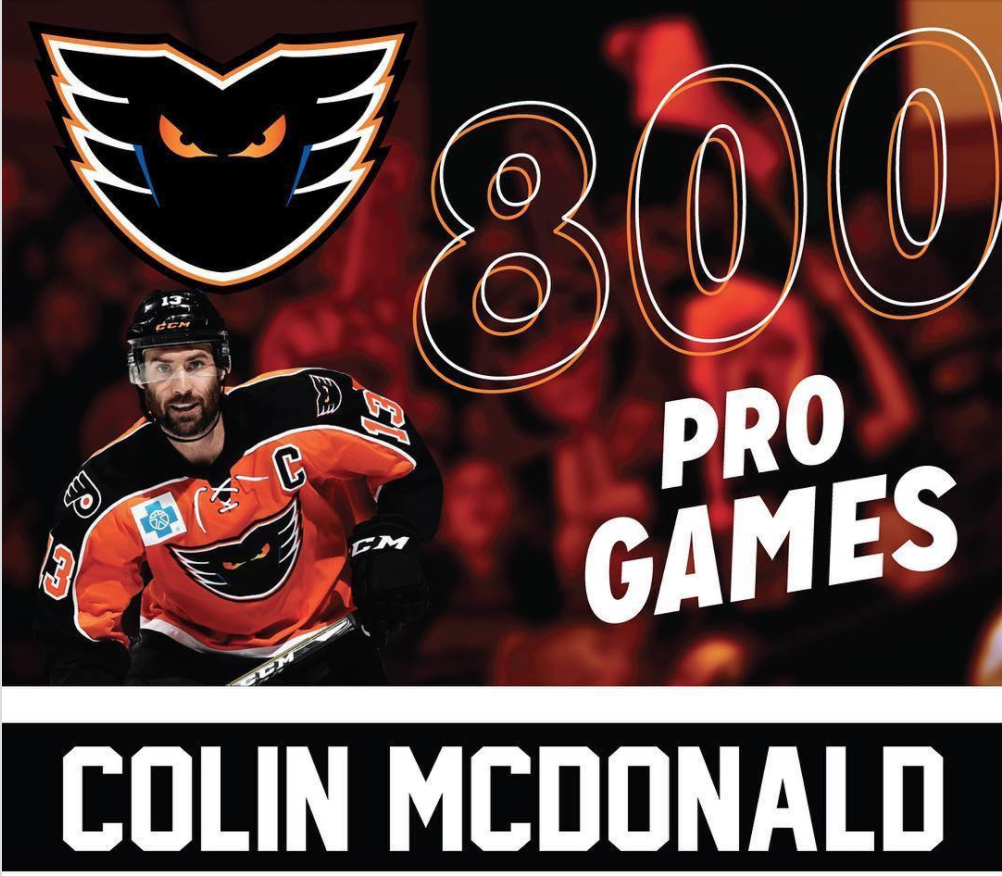 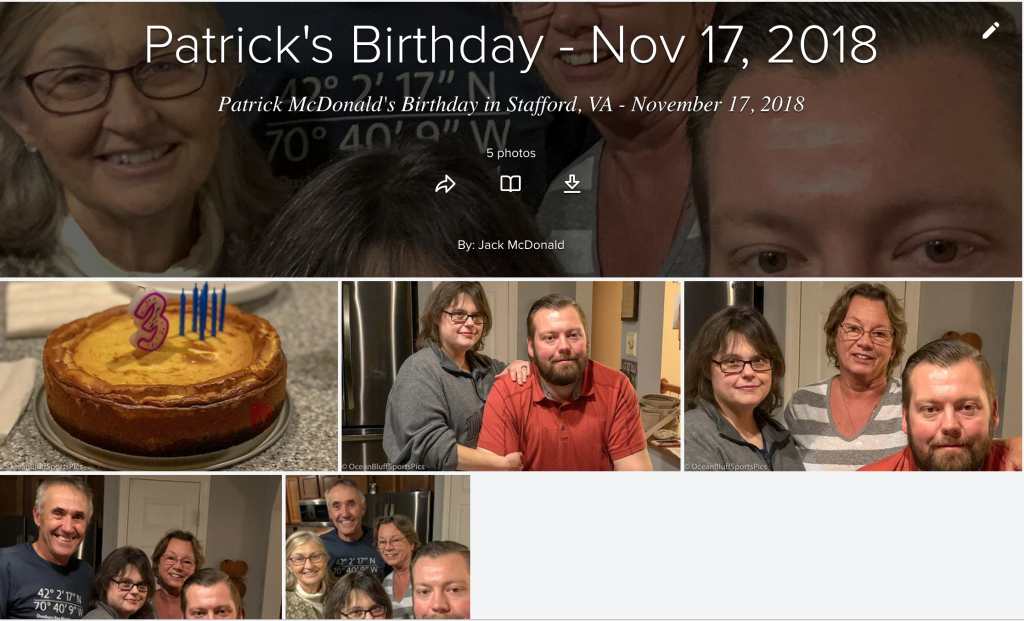 Photos of the Birthday Party 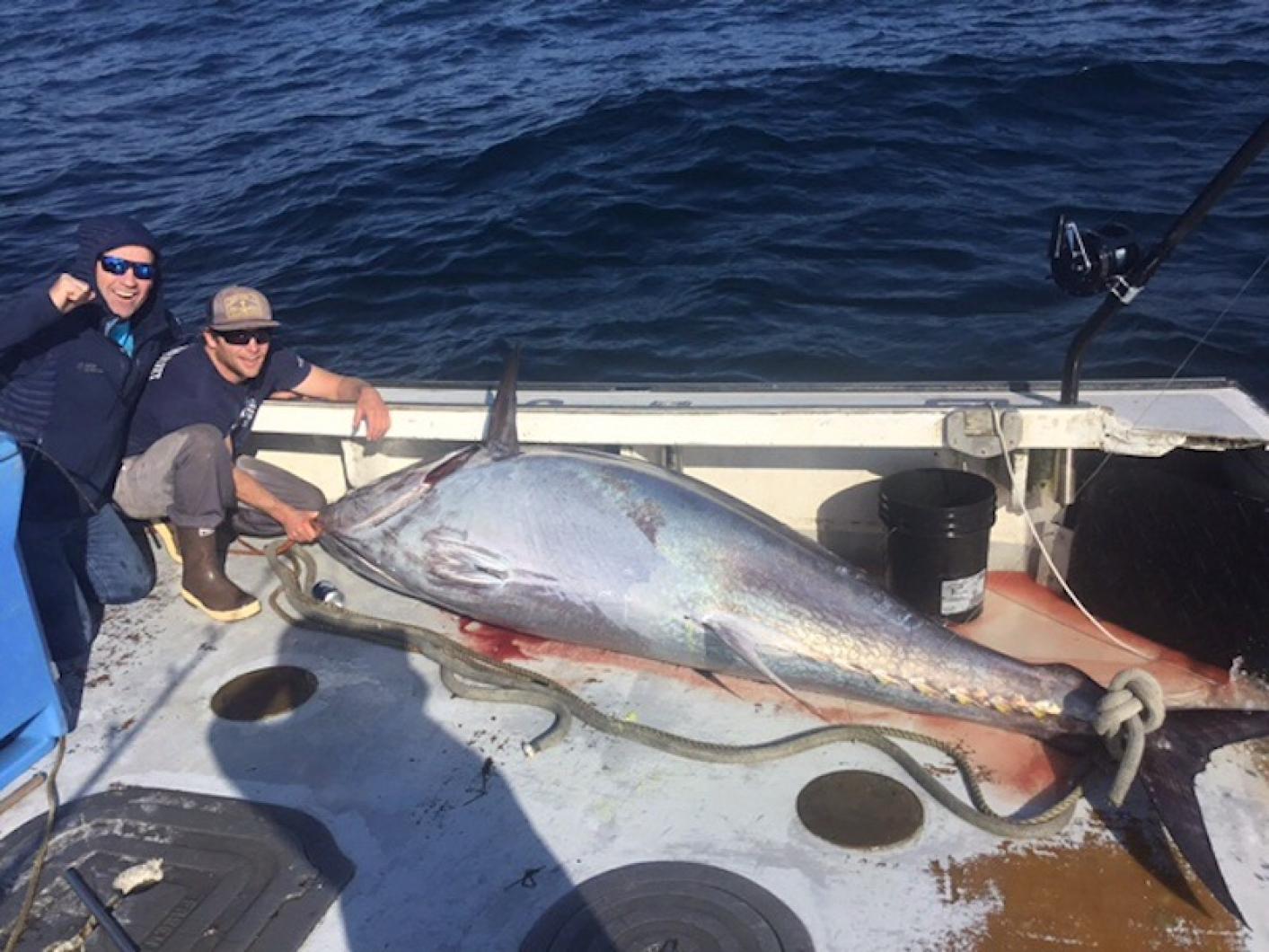 Johnny Osmers, Paul McDonald and Tim Sauer had been fishing from their 35-foot lobster boat Shearwater for less than an hour when they felt the bite.

The Island fishermen had left their home berth in Menemsha before dawn on the first day of November and dropped their line just east of Chatham. The first catch of the day was a porbeagle shark that they let go. This time they had something they would keep: a nine-foot, 750-pound tuna.

“It took line like being hooked up to a car,” Mr. Osmers told the Gazette this week. The tuna ran for about 300 yards before the men could stop it and begin to reel it in. “It’s a give and take,” Mr. Osmers said, describing the intricate process of landing a 750-pound fish. “Sometimes it’s a tug of war. Sometimes the fish is gaining on you and sometimes you’re gaining on it. You never really know.”

After fighting it for over an hour and a half, they had the fish beside the boat but the job wasn’t over. “I was thinking, we can’t lose this thing now,” Mr. Osmers said. When they initially tried to harpoon the tuna, the tip of the spear broke off. A second attempt saw success. They connected with the fish and tail-roped it, then used the boat’s lobster pot hauler to bring it onto Shearwater’s open deck.

Mr. Osmers, who said he is always trying to better understand the fish he catches, cut open the tuna’s stomach to inspect the contents. “We just look to see what they’re eating, to see what to use for bait next time, to see how healthy it was. There’s so much you can learn from what’s in there,” he said. In the stomach of the massive fish, they found a single 10-inch herring.

Once they dressed the fish, they were left with about 650 pounds of tuna. They brought it to Red’s Best, a fish buyer from Boston that works with the Menemsha Fish House. The price is still being negotiated but Mr. Osmers said rates have been low lately. Their last tuna went for $6 a pound. “We hope to get $6 to $12 a pound for this one,” he said.

Price fluctuations make a big difference for fishermen like Mr. Osmers, but so does the federal fishing quota. When the quota is opened in the spring, the available fish are so-called racers, lean tuna that have traveled to the Island from the Mediterranean, the Gulf of Mexico or even Brazil. In the summer, visiting sport fishermen can catch as many fish as they want, quickly filling up the quota, Mr. Osmers said. “Fat fall fish are worth more money and the actual commercial guys who depend on these fish for a living could go get them,” he said. But by the time the cool weather sets in and the fish have fattened up, it’s often too late because the quota has been met and the season is closed.

But for Mr. Osmers and his fishing mates last week, things came together for a change. Fishing friends congratulated him and Mr. McDonald for reeling in a fish that could bring them thousands of dollars in income.